They never were here, only reviews. Got to GenSao's archive or fanfiction.net to read some actual fanfiction.

A long time ago (around 1997), I became a big fan of the anime series Tenchi Muyo and got heavily involved in its fanfiction scene. Sturgeon's Law applies to fanfiction very strongly, so I decided that I would write reviews of Tenchi fanfiction to help people find the good ones. My goal was to review any Tenchi fanfic out there; at the time it seemed doable. However, I bit off more than I could chew, because the Tenchi franchise (and its fanfic scene) was at that point still expanding, and new fanfics were soon appearing much faster than I could review them.

I wrote literally hundreds of reviews, learning a lot about what makes a good story. But I continued long past they point where it became a tiresome chore. At some point, I decided to turn this from a single-person effort into a community, to allow everyone to write reviews. So the website would become fully dynamic (this was at a time when most amateur websites were completely static and hosted at geocities) and it would be a great learning experience for me, using this new hot thing called PHP.

Well, learn I did and the result was pretty powerful (e.g. I wrote a sortable, paginated table from scratch), but by the time I was finished, the Tenchi fanfic scene had lost a lot of activity, and fanfiction.net with its much wider scope had become popular. There never were more than a handful of reviews written by other people, and the forum saw only a few months of regular activity.

I've still kept the site around for 10 years in the hope that the reviews would be useful to some people, but anyone that applies to should have been through it by now, and I can see that there are very few visitors. Additionally, I've become increasingly uncomfortable with having the result of my PHP learning experience exposed to the big bad internet. As far as I know there haven't been any successful attacks, but I also know of at least one definite vulnerability, and the code is frankly an unmaintainable mess.

So, with some nostalgia and looking back fondly upon my days as a fanfic reader, writer and reviewer, I'm closing down shop. If you're interested, take a look at my personal homepage. 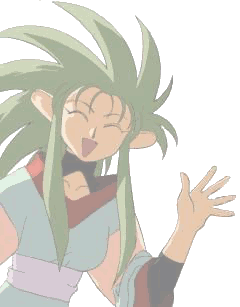